In this era where fashion Birthstones are serving dual purposes, first by being the healers and second, by being colourfully fashionable. Each birth-stone has its own story to tell and has its own power to work wonders with the energies absorbed from the earth. We might have heard many ancient folklores and tales about these Birthstones, but following is a history of Birthstones reserving a position in fashion is yet to unfold. So, let’s unveil the history telling about the connection of Birthstones with fashion!

The origin of Birthstones explained by many gem scholars tells us that it is associated with the Breastplate of Aaron as briefed in the Book of Exodus in the old testament. The Breastplate was a ceremonial priestly garment which was embellished with 12 gemstones, each of which was assigned to 12 tribes of Israel. Later these twelve gemstones were assigned to represent twelve months in a year, which made them correspond with the zodiac signs. The very first instance of people seen wearing Birthstones was in the fifteenth or sixteenth century in Polland. They believed that wearing colourful Birthstones with their jewellery would give them give a royal look and would also invoke the real energies and magical properties.

Following is the list that defines the metaphysical quality and attributes associated with each birthstone:

The deep dark red stone is the fated Birthstone for the late Capricorns and early Aquarians born in January. The qualities that make this stone special apart from the luscious colour is that it lends devotional love, passion and radiant beauty to a person. 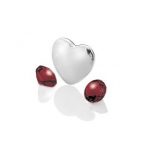 If you have not fallen in love with a violet amethyst yet, then you might after reading how it can work wonders. It is a February Birthstone which is known to strengthen the relationships and give the wearer some courage. Also, to your surprise these stones got its name from the Greek god Amethystos so it has some divine powers! 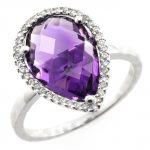 How can you resist this most beautiful shade of blue? Well, March people it seems like this is a fashion treat for you because the march Birthstone is as mesmerizing as your personality is. Aquamarine holds the potential to lift you up and revitalize you with broadening your vision and help you feel more intelligent. 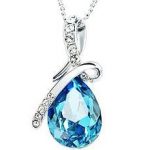 Hearing the name diamonds brings an extra shine to your face. Doesn’t it? This stone is known for adding a cheerful radiant glow to your energy field. Diamond also represents the symbol of everlasting love, which was once believed to bring courage. If all of you April people are looking for some romance and brightness in your life, then buy yourself a diamond and let it do the rest! 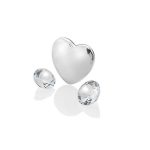 Did you know that Emerald was Cleopatra’s favorite gemstone? This technically makes all the emerald owners, royalty! This beautiful green gem is associated with bringing fertility, rebirth and love into the life of the wearer. Those attracted to emeralds are true healers to those around them.

Pearls are like the tiny teardrops of the moon, they are always associated with love, innocence, purity and femineity. These are the healers of stomach related disorders and can cure ulcers too. This is not only reserved for brides, but June babies can also get some real metaphysical advantages wearing it. 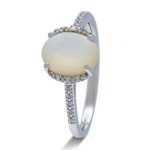 People born in July are lucky as they get to enjoy the royalty of this lustrous gemstone. Rubies are said to be the drivers of harmony and peace in your lives. For anyone who wants to know if rubies create magic, then yes, they do! And its magical powers can even call in the right romantic partner.

Who in the world isn’t fascinated by the unique stones on the parure that belonged to the queen Isabella of Austrian Dynasty? Well, it is the gemstone peridot, which stands for the house of Leo and August helping them ward off negativity and depression. 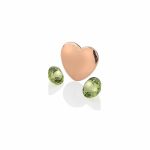 Blue Sapphires hold every power to make you feel like a princess. And, it is believed that people born in March can be benefitted from its mysterious powers. Yes, you are an angel of earth and sapphire teaches you just how you can use your enlightened wisdom to help others see the true meaning of life. 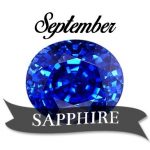 Opal has some of the most fascinating stories associated with it as all the Roman Empresses loved wearing these rainbow gems including Cleopatra. It acts as a blood cleanser and stimulates appetite Many people have compared these gems to the fireworks of the galaxies.

From old Egypt to astrologers have attributed the topaz with mystical power. Topaz is the birthstone for November and the gem that aligns with the star sign of Scorpio. These are such fashionable gems which are usually handcrafted stellar jewellery pieces

Tanzanites are the most amazing and beautiful gemstones of bright purple colour. It was discovered by the tribes of the Masai in Tanzania and used it in amulets. These crystals help to communicate with spirits and to bring luck and strength.

Where can you buy the best variety of Birthstones?

Why trust Anais while shopping for Birthstone Jewellery?

The world of Anais has put forward an initiative to make you look stellar and stunning. It is one of the iconic and collectable jewellery brands in the UK, which has captivated customers worldwide. Anais is the one stop shop for buying the genuine gemstones and jewellery products that carry a special story which can travel with you thereafter. Anais is the perfect blend of style, fashion and poise.